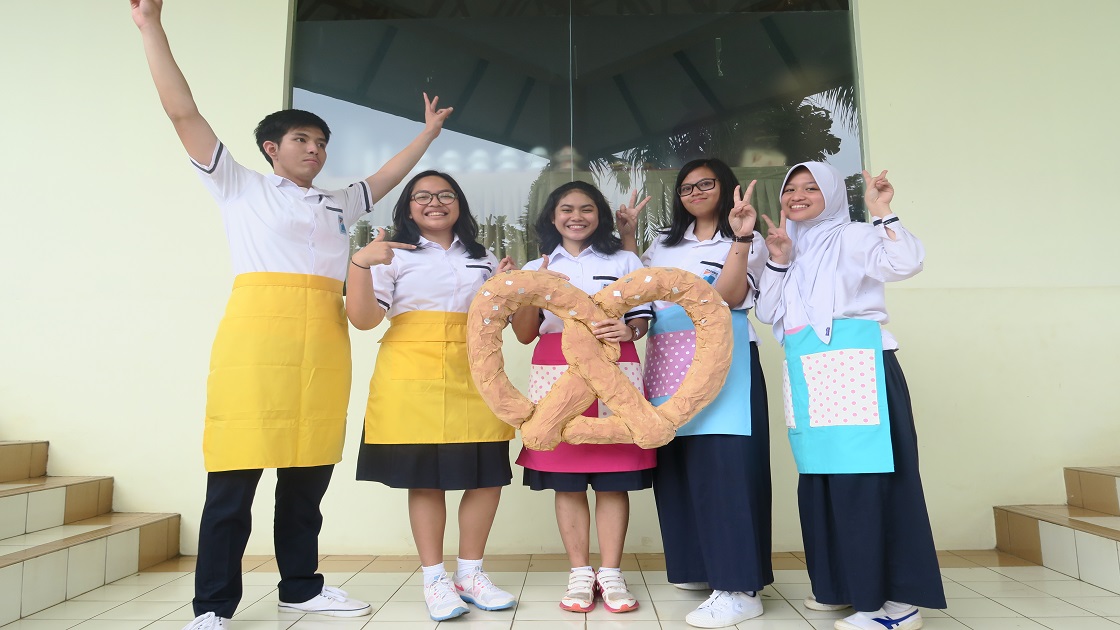 Delicious ideas and smiling winners: the finale in Indonesia

Posted by
Future Young Entrepreneurs
Comments (0)
Also the finale in Indonesia was really thrilling - and delicious! All teams developed ideas connected to the food industry, some of them had even prepared samples. The jury didn't have an easy job choosing the two winning teams. But in the end it was clear which two teams go to Berlin.


On January 14th Indonesia’s national finale took place at Madania School. Five teams participated in the final: 1. ASAP 2. Beaural-Jayoe 3. Varme 4. Wareg Company 5. Peppy-Pretzel At the beginning of the event the students performed the “Reog”-dance, an old Indonesian dance performed with costumes and masks, and played Indonesian music on a “Gambelan”, a traditional instrument. The jury members, who came from entirely diverse backgrounds were excited. The jury was made up of: 1. Miriam Irle, FYE project manager 2. Ekadewi Indrawidjaja, Goethe-Institut Jakarta 3. Haidhar Wurjanto, founder of the start-up Momomilk 4. Diah Agung Nurdiani, Madania School Indonesia 5. Rifa Zahirsjah, IPMI International Business School, pitch workshop coach After the opening dance every team had the chance to pitch their ideas in front of the jury. Most of the presentations were stressed with short videos, pictures or even prototypes of the product. The jury asked a couple of questions and the students replied to all of them. All jury members were impressed and agreed on the point that all groups performed outstandingly well. Thus the decision making process was a real challenge for the jury. While the students and guests enjoyed their break, the jury members withdrew to determine the winner. All were really excited. We put the announcement of the winner into a ceremonial frame as we are not having such an event frequently. Thus we also invited school committee and the student’s parents. Obviously, all were really proud of the students. One of our teachers for music opened the ceremonial part with a song that he performed using a saw as a violin. The sound of his music was really special and interesting. We also welcomed the cultural attaché of the German Embassy Jakarta, Mr. Jörg Kinnen, and his assistant as well as Mr. Markus Biechele, head of the language department of Goethe-Institut Indonesia. They held a speech along with the director of Madania School. Subsequently, the winners were announced. The group ASAP saved the first place. Members of the group are M. Naufal Ariq, M. Raziqim, Najla Nasution, Indira Meidina and Frinda Tamala. The young entrepreneurs developed a chewing game, capable of minimizing someone’s desire to smoke following their idea of living in a smoke-free country. The group Beaural-Jayoe became the second best. The team members are Ruri Soeparno, Amira Negoro, Brigytha Pricilla, Nadira Arumi and Farraz Fersanda developed a strengthening drink that is made in a traditional way with natural and healthy ingredients. Those two teams really deserve to travel to Berlin in September. Being part of the finale is a great honour for them. Rina Suryantini, German teacher, Madania Secondary School - Indonesien